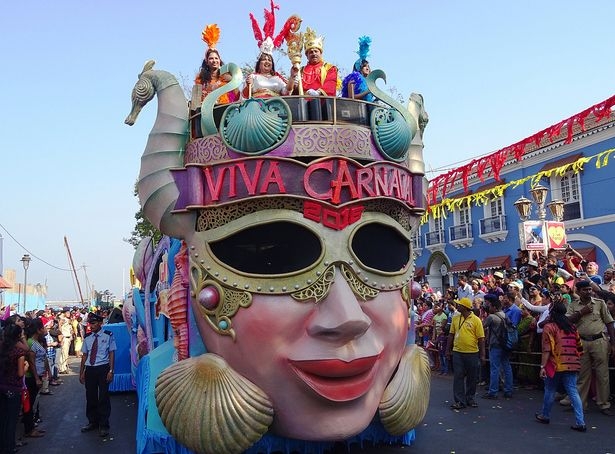 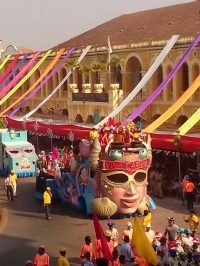 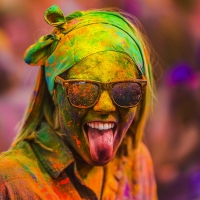 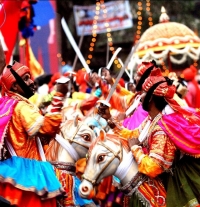 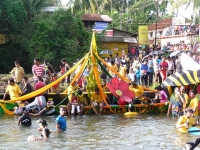 The Festival Land Of Goa

Goa is known throughout the world not only for its pristine beaches, endless parties but also a number of festivals that unfold the rich and varies culture of Goa by combining art, religion, traditions, mirth and joy.

The International Film Festival in Goa (20-30 November) is the biggest of its kind in India, aiming to nurture, encourage and inspire Indian cinema by introducing it to the world outside.The film festival hosts screening a lot of national and international art films on daily basis It is a real feast for the film art lovers. The festival is followed by St. Francis Xaviers feast celebrated every year on 3rd of December attracting thousands of pilgrims from all over the world. Every ten years the casket with the saints remains is taken into a procession around Old Goa.

One of the major Christian festivals in Goa is the Mary Immaculate Conception Church Feast, celebrated on the 8th of December. The feast is held in Our Lady of Immaculate Conception Church, located on a hilltop, overseeing the Panjim city. The church is artfully lit at night and a lively fair occupies the entire church square with firework display carried out every night during the feast days.

In the month of December the Hindus celebrate Dattajayanti, the birth of Lord Dattatreya. People from all over Goa gather in Datta Temple, located on the banks of river Valvanti. Procession with the idol is carried out around the temple, hymns are sung and natak, mythological stories by local actors of Bicholim are performed.

Goa is the permanent venue for the Sunburn, Electronic Music Festival (27-29 December) attracting international crowd and bringing some of the worlds best DJs to India like Avicii, Dash Berlin, Armin Van Buuren, Swedish House Mafia and many more.

The busiest and the most crowded time in Goa is from the 25th December till 1st of January. People from all over the world gather to celebrate Christmas and New Years Eve. During this period streets are decorated with shimmering decorations and there are parties in every shack, every restaurant, every hotel and club that exists in Goa.

The months of February and March are famous for Goa Carnival, Goa Food and Cultural Festival and Shigmo Festival. The festivities of Goa Carnival cover the entire state. It offers visitors the unique opportunity to experience Goas cuisine and culture, through traditional and live music performances, fashion shows, parades of colourful floats and entertainment. Momo, the legendary King of Chaos leads his entourage of fire-eaters, acrobats, clowns, jesters, dancers, brass bands and revellers in parade down the main street of Panaji, Goa.

Shigmo is the states biggest spring festival. It honours the homecoming of the warriors who had left their homes and families to fight the invaders. Huge dance troupes of more than 100 members perform intricate movements of folk dances on the road all through the length of the parade.

The major attraction during monsoon season in Goa, is Sao Joao Festival, dedicated to St. John the Baptist. The feast includes villagers jumping into the wells streams and ponds. Guests are made to wear crowns made of leaves and flowers called kopel. During the festival number of private pool parties are organized, with popular Goan music bands and dancers performing at various locations.

The biggest Hindu festival in Goa is Ganesh Chaturthi. The festival is celebrated with big zeal, Lord Ganesh idols are made and worshiped, and immersed in water, either the sea or wells at the end of the festival.

October in Goa is noted for Diwali celebrations. The festival begins with the destruction of Narkasura at dawn where the effigies are burnt, sweets like Neuri and Ladu are exchanged among neighbours, fire crackers are burnt by kids and all the houses are decked up with oil lamps and lights. The end of Diwali, also known as Festival of Lights, is marked by Tripurari Poornima Festival, known for boat contests held on the river Valvanthi banks in Sanquelim, song performances by famous Goan singers, and other cultural events such as traditional folk dances take place in the streets of Goa.