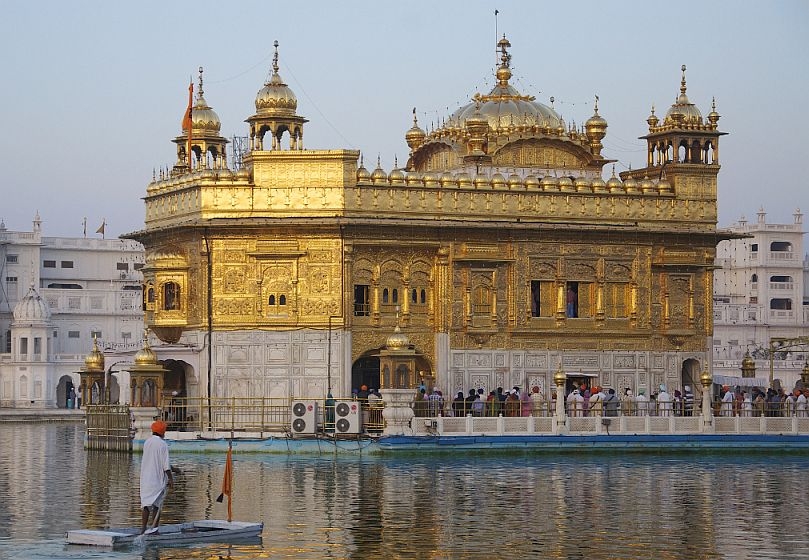 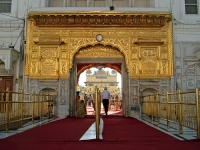 The Harmandir Sahib also known as the Golden Temple or Darbar Sahib is a major pilgrimage destination for the Sikhs and it is amongst the most popular tourist destinations in India.

The Harmandir Sahib is the holiest shrine of Sikhism situated in Amritsar city, in the state of Punjab, North of India. The Golden Temple, a supreme Sikh shrine was built in the 16th century by the fifth guru of Sikhs - Guru Arjan Dev Ji. The gurudwara (temple) was built of white marble and it was later in the 19th century when it was covered with gold. The Golden Temple is situated in the middle of the holy tank also known as sarovar. It is believed that the sarovar consists of holy water or immortal nectar amrit fed by the Ravi River. Thousands of pilgrims come here to immerse themselves in the holy water which symbolizes a symbolic cleansing of the soul.

The location of the Golden Temple, originally a small lake in a deep forest, has long been recognised as a place of spiritual significance. The site has been a meditation retreat for wandering mendicants and sages since deep antiquity. The Buddha is known to have spent time at this place in contemplation and it was two thousand years later that another philosopher-saint Guru Nanak, the founder of the Sikh religion, came to live and meditate by the peaceful lake. Over the centuries it became the primary sacred shrine of the Sikhs.

The construction of the Golden Temple combines Muslim, Hindu and European design principles and is one of the most significant symbols of Mughal and Indian architecture.The temple has four entrances signifying the importance of acceptance and openness to all the people irrespective of caste, creed, colour, or class. Unlike other religious buildings that are usually built on a higher place, the Golden Temple is constructed at a lower level so one must step down in order to reach gurudwara. Inside the temple complex there are many shrines to past Sikh Gurus, saints and martyrs and includes commemorative inscriptions of all the Sikh soldiers who died fighting in World Wars I and II. There are three holy trees in the temple complex, each signifying a historical event or Sikh saint.

The highest seat for the Sikh authority Akal Takhat (Throne of the Timeless God) the symbol of dispensing of justice and temporal activity is located within the premises of the temple. The temple holds the Sikh Holy Scriptures. This scripture is a collection of devotional poems, prayers, and hymns composed by the ten Sikh gurus. Every morning the Holy Scripture is brought from the Akal Takhat in a gold palanquin, along with the shower of flowers and gulab jal and is placed in the Darbar Hall. Hundreds of devotees are present in the gurudwara that time and in the evening after it is taken back to Akal Takhat, the entire Darbar Hall is washed with milk.

Over one hundred thousand devotees and tourists visit Harmandir Sahib on daily basis and they are invited to the three storey communal, open kitchen serving approximately 40,000 meals to people of all faiths and nationalities. The only restrictions for visitors are concern for their behaviour and maintenance of purity of the sacred place. One is asked to remove the shoes upon entering the premises, wash the feet in the small pool of water provided and wear a head covering. Eating meat, drinking alcohol, smoking is also prohibited.