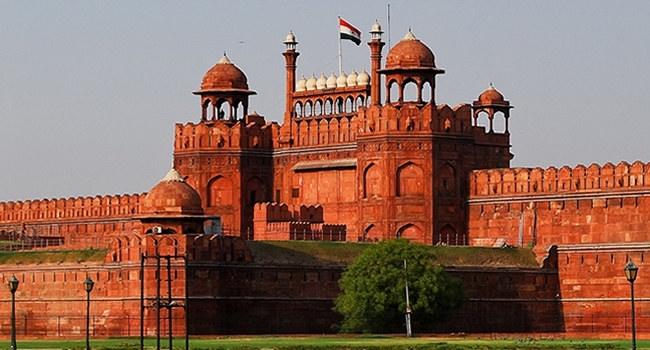 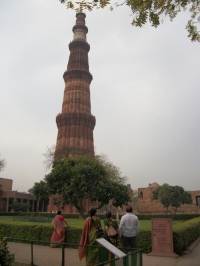 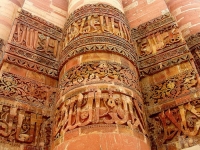 Qutb-Minar is considered to be the tallest brick minaret in the World and one of the finest examples of Indo Islamic architecture in India. Built in red and buff stand stone it has a diameter of 14.32 meters (46 ft) at the base and about 2.75 meters (9 ft) on the top with a height of 72.5 meters (237 ft), there are 379 stairs inside the tower, which lead to the top. Many historians believe that it was named after Qutb-ud-din Aibak, the first Muslim ruler of India and foundation was laid in 1199 AD for the use of the mu'azzin (crier) to give calls for prayer. Numerous inscriptions in Arabic and Nagari characters in different places of the minaret reveal the history of Qutb. The surrounding archaeological area contains funerary buildings, Alai-Darwaza Gate and two mosques, including the Quwwatu'l-Islam, the oldest in northern India, built from the sculptured stones from some 20 Brahman temples.

The second site included in UNESCO World Heritage list - the Humayun's Tomb built in 1570 is of particular cultural significance as it was the first garden-tomb on the Indian subcontinent with beautiful causeways and channels. The mausoleum is the first distinct example of Mughal style, and is also a synthesis of Persian architecture and Indian traditions. The tomb was constructed at a cost of 1.5 million rupees by a Persian architecture Mirak Mirza Ghiyath. The structure is of dressed stone clad in red sandstone with white and black in laid marble borders. Contrary to Taj Mahal constructed a century later and built by a husband in the memory of his wife, Humayun Tomb was built by a wife, Hamida Banu Begam, for her husband. It was later used for the burial of various members of the ruling family. There are more than 100 graves within the entire complex. Several rulers of the Mughal dynasty lie buried here.

In the 17th century the Mughal emperor Shah Jahan transferred the capital from Agra to Delhi. It took nine years to build the Red Fort Complex which innovative planning and architectural style, including the garden design, strongly influenced later buildings and gardens in Rajasthan, Delhi and Agra. Adjoining the eastern wall of the fort is the octagonal tower from where the emperor appeared before his subjects every morning. A small balcony was added here in 1808 and it was from this balcony that King George V and Queen Mary appeared before the people of Delhi in December 1911.

The Red Fort has been a symbol of power since the reign of Shah Jahan, it has witnessed the change in Indian history during British rule, and was the place where Indian independence was first celebrated. Every year on 15 August Prime Minister hoists the national flag here, followed by a nationally broadcast speech. Today, the Red Fort is one of the most popular tourist destinations in Old Delhi.