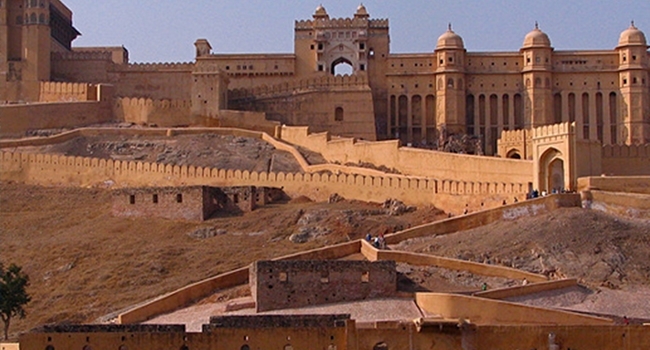 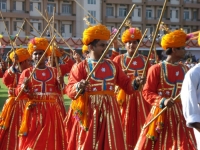 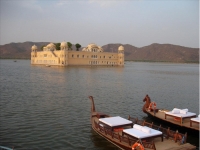 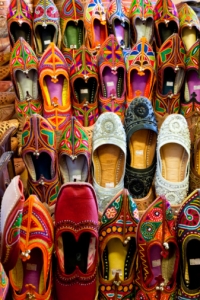 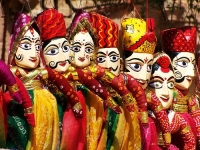 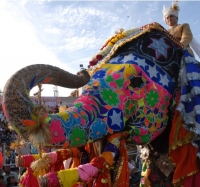 Jaipur, The Pink City Of Rajasthan

Jaipur is a royal city of glittering jewels, vivid colors and a vibrant Rajasthan culture and traditions. Situated in Eastern Rajasthan, it is the biggest city and the capital of the state. Founded in the beginning of the 18th century by the Rajput ruler Jai Singh II. Jaipur was built of red and pink sandstone following the principles of Vastu Shastra, integrating architecture with nature and ancient Indian beliefs. In the 19th century the Old City of Jaipur was painted in terracotta pink as a grand welcome to the Prince of Wales. Since then it gained a unique identity as the Pink City. Today all residents of the Old City are compelled by law to preserve the pink facades.

The royal capital of Rajput kings is rich in cultural and architectural beauty, which can be traced in the various historical landmarks and monuments throughout the city.
One of the prominent tourist attractions in Jaipur is Hawa Mahal or Palace of Winds. Located in the heart of the city this beautiful five-storey palace built of red and pink sandstone has 953 jharokhas or windows decorated with intricate designs. Built in the pyramid shape it is believed to represent the form of the crown of Krishna, the Hindu god. As the royal Rajput women never appeared in public Hawa Mahal provided them the view of everyday life. The Palace of Winds is a major Rajput landmark. It is part of the City Palace complex which continues to house the former royal family, the Jantar Mantar. Royal weddings, royal birthdays, religious festivals, and coronations of a new maharaja (king) were held in the City Palace. The Naharagarh Fort is located in close proximities to the palace on the hilltop. It is said that there is a secret passage from the City Palace to the fort which was designed as an escape route for the maharaja and the royal family of Jaipur.

The City Palace houses a Museum and an an art gallery with a fine collection of paintings, carpets, royal paraphernalia and rare astronomical works in Arabic, Persian, Latin and Sanskrit.
The founder of the city Maharaja Jai Singh II has constructed five astronomical observatories, the largest out of five Jantar Mantars is in Jaipur. It is the most comprehensive, and the best preserved of India's historic observatories and a designated UNESCO World Heritage site.

One of the visiting cards of Jaipur is the Jal Mahal or Water Palace romantically located in the middle of a small lake. It is a tiny palace which served as a hunting lodge for the royal family. The Jal Mahal Palace is considered an architectural beauty built in the Rajput and Mughal styles of architecture providing a picturesque view of the lake and the surrounding Nahargarh hills.

The other example of ethereal Rajput architecture is the Amber Fort, also known as Amer Fort. Located 11 kilometres (6 miles ) from Jaipur on the hilltop it was the former capital of Jaipur state. The site is included in UNESCO World Heritage list as one of the six Hill Forts of Rajasthan. Reaching the fort on the back of the elephant is an exciting experience. One of the major tourist attractions inside the fort is Sheesh Mahal or the Palace of Mirrors. The construction of this hall is done in such a way that even if a single ray of light enters the Mahal then this light would be replicated in the mirrors and the entire hall would have a natural light up and will be enlightened.

Jaipur is often referred to as the City of Gems, it is famous for Kundan jewelery, precious and semi-precious stones, the cutting of diamonds and setting topaz and emeralds. In the bustling bazaars of Jaipur one can find blue pottery, developed by the Mughal artisans, that combined the glazing techniques of Chinese with Persian decorative arts. In the major markets of the town the Johari Bazar, Bapu Bazar, Nehru Bazar, Chaura Rasta, Tripolia Bazar one can find traditional Rajais, the type of light quilt stuffed with cotton, silver jewelry, batik paintings, Jaipuri Maharani Saris, block printed textiles of Sanganer and Bagru, traditional Bandhed tie and dye fabrics, Rajasthani Pagaris (traditional turbans), Mojari shoes, sandal wood carving and many other items. In the months of September and October Jaipur houses the annual shopping festival. During this time the major markets in the city are decorated in the theme of Royals Maharaja's of Rajasthan. There are enough festivals in the city to fill a calendar of the year. Among the most spectacular ones is the Elephant Festival celebrated on the day of  Holi Festival, usually in the month of March. The festival is famous for a beautiful procession of bedecked elephants, camels, horses and folk dancers.

While visiting the capital of Rajput kings one will be impressed by the mouth-watering delights of Rajasthan cuisine. Some of the recipes were passed on through generations and kept closely guarded by the royal chefs. During the stay once should try the specialties of the region like Dal Batti, Missi Roti, Churma, Mawa Kachori, Ghewar, Mirchi Bada, Rajasthani Subji and a wide variety of sweet dishes including Ghevar, Feeni, Gajak, Chauguni Ke Laddu, Moong Thal.

Jaipur is a royal city with romantic charm known for its magnificent forts and palaces, beautifully laid out gardens and parks, monuments and marvelous heritage hotels, arts, crafts, colorful and bustling bazaars. Along with Delhi and Agra it is included on the Golden Triangle tourist circuit and is one of the most visited cities in India.