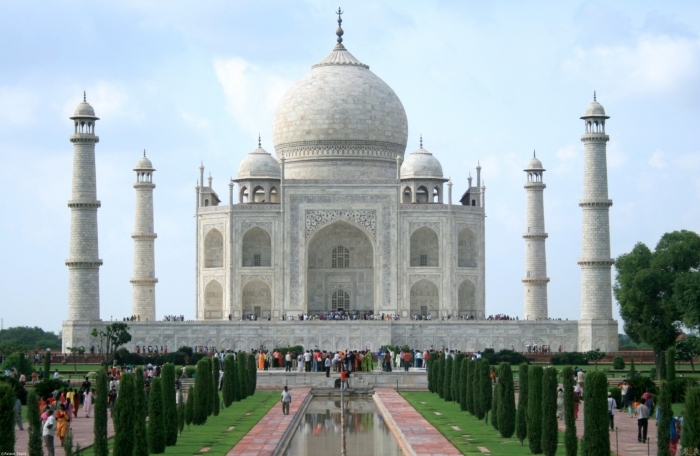 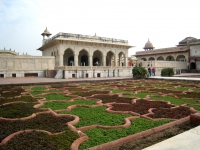 Agra is one of the richest heritage sites in India. There are around 265 monuments in Agra Circle belonging to different period of history ranging from early history, medieval and Colonial period. The city is mentioned in the epic Mahabharata, one of the two major Sanskrit epics of ancient India, where it was called Agrevaṇa or the Border Of The Forest.

Agra's history is largely recognized with the Mughal Empire then it served as the capital from the 1556 to 1658. During the Mughal's rule Agra was known as Akbarabad and it was one of the most important cities in India. Known for their love of architecture, red sandstone and marble constructions the Mughals left many remarkable monuments in Agra.

Babar, the founder of the Mughal dynasty, laid out the first formal Persian garden on the banks of river Yamuna called the Aram Bagh or the Garden of Relaxation. His grandson Akbar raised the towering ramparts of the Great Red Fort, besides making Agra a centre for learning, arts, commerce and religion. On the outskirts of Agra a new city was built called Fatehpur Sikri. The city was built in the form of a Mughal military camp in stone. Akbar's son's Jahangir love of gardens, flora and fauna resulted in a number of gardens inside the Red Fort or Lal Qil'a.

Shah Jahan, the fifth Mughal Emperor of India, known for his keen interest in architecture, gave Agra its most prized monument, the Taj Mahal an immense mausoleum of white marble and one of the Seven Wonders of the World. Completed in 1653, the Taj Mahal was built in the memory of his beloved wife Mumtaz Mahal. It took 22 years and 20,000 masons, stonecutters, inlayers, carvers, jewellers, painters, calligraphers, dome-builders and other artisans to build the mausoleum. Semi-precious and precious stones for inlay ornamentation came from Baghdad, Punjab, Egypt, Russia, Golconda, China, Afghanistan, Ceylon, Indian Ocean, Persia. In all 28 kind of rare, semi precious and precious stones were used for inlay work in the Taj Mahal. Built in the unique Mughal style, the architecture of mausoleum combines elements and styles of Persian, Central Asian and Islamic architecture. Built by the Persian architect the Taj Mahal is acknowledged as the masterpiece of symmetry, located in a vast Mughal garden that encompasses nearly 17 hectares (42 acres). Situated on the bank of the Yamuna River the mausoleum can be observed from Agra Fort from where Emperor Shah Jahan gazed at it for the last eight years of his life as a prisoner of his son Aurangzeb.

The Agra Fort which embraces grand halls and palaces and the tomb of Itimad-ud-Daulah was built during the reign of Mughal Emperor Akbar in 1565. The red sandstone fort encompasses within its 2.5 kilometres (2 yards) long enclosure walls. A 9 meter (30 feet) wide and 10 meters (33 feet) deep moat surrounds the outer wall. The fort is crescent shaped, flattened on the east with a long, nearly straight wall facing the river. During Shah Jahan's time it was converted into a palace and reworked extensively with marble and pietra dura inlay.

Fatehpur Sikri was built on the outskirts of Agra, about 35 kilometres (22 miles) from the city. Built during the second half of the 16th century by the Emperor Akbar, Fatehpur Sikri or the City of Victory was the capital of the Mughal Empire for only some 10 years. Due to shortage of water the headquarters were moved back to Agra Fort. The complex of monuments and temples includes one of the largest mosques in India, the Jama Masjid. All Mughal institutions such as the Ibadat Khana or House of Worship, Din-i-Ilahi or Religion of God, Jharokha-Darshan or public audience at the balcony, the doctrine of Sulh-i-Kul and policy of liberal patronage to indigenous arts and literatures, were founded in Fatehpur Sikri. It was also here that workshops of various handicrafts were established. Fatehpur Sikri bears exceptional testimony to the Mughal civilization at the end of the 16th century.

Three monuments of Agra the Taj Mahal, Agra Fort and Fatehpur Sikri are designated UNESCO World Heritage sites. Today Agra is one of the most visited tourist destinations of India and along with Delhi and Jaipur is included in the Golden Triangle tourist circuit.