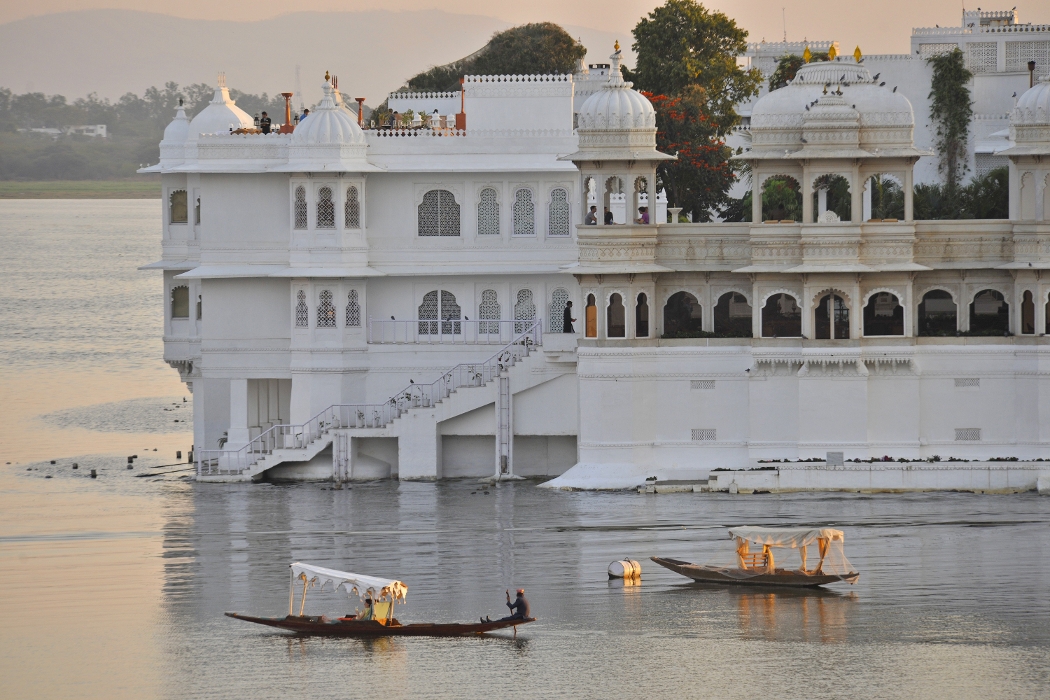 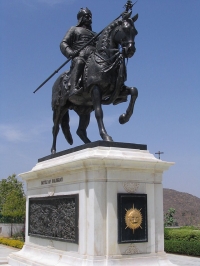 Udaipur, The White City Of Rajasthan

Udaipur, the white pearl of Rajasthan, is situated in the land of Kings where royalty is a way of life.
Nestled on the shores of seven artificial lakes, reflecting the calm blue sky, green Arravali mountains and white palaces Udaipur is one of the most beautiful and romantic cities of India.

The air of Udaipur is filled with interesting stories and legends associated with the foundation of the city. According to one of the legends while hunting in the mountains Maharana Udai Singh II met a sage who was meditating on a hill overlooking the Lake Pichola. The holly man blessed the Maharana and advised him to build a palace at the favourably located spot with a fertile valley watered by the stream, a lake and rage of low mountains. Maharana followed the advice of the hermit and founded the city in 1559. Udai Singh II built a small shrine Dhuni Mata to mark the spot which is now the oldest part of the City Palace.
Set within the labyrinth of narrow alleys, one of the most visited landmarks of Udaipur, the City Palace, is a massive complex that encompasses eleven palaces, gardens, courtyards, pavilions, terraces, museum, a hotel and a residency of the 76th king of the Mewar dynasty, Maharaja Arvind Singh Mewar. The Palace was built in Rajasthan and Mughal architectural styles. The interior with its balconies, towers and cupolas exhibits delicate mirror work, marble work, murals, wall paintings, silver work, inlay work and colored glass mosaics. Various parts of the palace provide a picturesque view of the Lake Pichola which is one of the most beautiful lakes of Rajasthan.

There are two islands or floating palaces, Jag Mandir (Lake Garden Palace) and Jag Niwas (Lake Palace) that one can reach by boat. The Jag Niwas was voted as the most romantic hotel in India and is now one of the most famous and expensive hotels in the country. It regularly appears in the list of the top ten hotels in the world and is considered one of the most beautiful. The Jag Mandir is located on the southern island of Lake Pichola. The three storied palace is made in yellow sandstone and white marble.

If Jaipur is called the Pink City and Jodhpur the Blue City, Udaipur is the city of white with shades of cream and rose.
Udaipur has many vantage points for photography. One of those is Karni Mata temple located on the hill and could be reached in five minutes by red cable cars. The viewing platform offers spectacular views over the city and it is a popular place during the sunset. The James Bond's movie fans would be interested to see the Monsoon Palace. Perched high on a hill above the city, the Palace was depicted as the home of the principal villain, Kamal Khan in Octupussy film. The site offers unsurpassed view over Udaipur.

Udaipur has many names the Venice of the East, the City of Lakes, the Kashmir of Rajasthan, the City of Dawn, the White City and the Most Romantic City of India. The picturesque surroundings, breath-taking views, royal past, various historical monuments, white marble palaces, architectural temples, beautiful lakes and gardens, colorful festivals attract people from all over the world to this beautiful and cultural rich city.