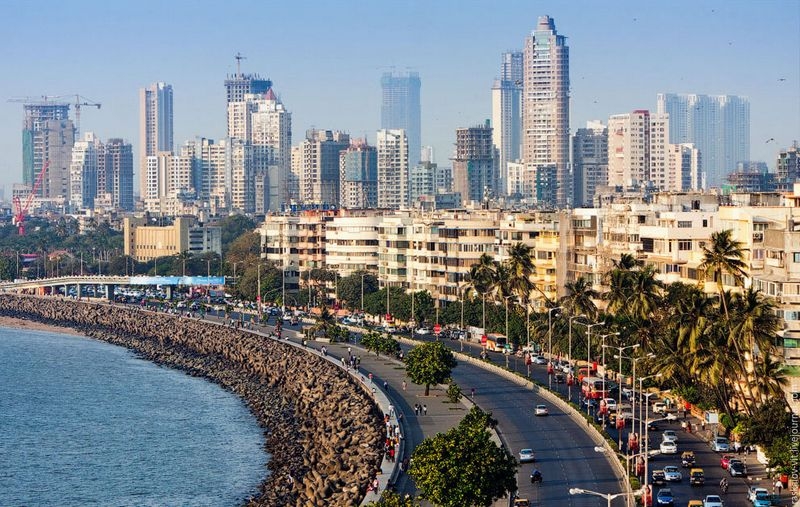 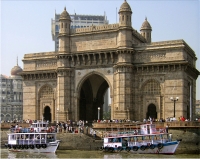 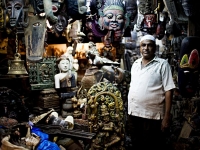 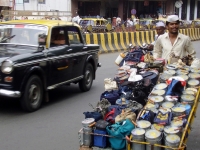 Mumbai, The City That Never Sleeps

Mumbai, the City That Never Sleeps, is a modern metropolis on the Arabian coast. The most populous and multicultural city in India, Mumbai captures the spirit of the changing pace set by modernisation. Today it is India’s financial powerhouse and fashion epicentre with estimated population of 21 million people. Said to have more millionaires per square mile than Manhattan, Mumbai also has the dubious distinction of housing Asia’s largest slum. It is a city of sharp contrasts.

Built on archipelago of seven islands Mumbai was home of fishing colonies, ruled by powerful dynasties before being ceded to the Portuguese and subsequently to the British East India Company. Till 1996 known as Bombay, over the years Mumbai has transformed itself into an entity with thriving markets, business houses and many different communities creating vibrant, alive and pulsating atmosphere.

Mumbai is the hub of a thriving cultural life, with a constant stream of performances in music, dance and drama. It is the entertainment capital of India and the home to Bollywood film industry. Known as one of the largest film producers in India, over the years, Bollywood has become the most visible expression of Indian culture globally.

Mumbai city is also a shopper's delight with bargain buys, ethnic markets and mini bazaars. From the multitude of colorful pavement vendors that line Colaba Causeway, to the Linking Road and narrow alleyways of Chor Bazaar, Mumbai is full of interesting places to go street shopping. One can sample the fresh food and spices while admiring the architecture of Crawford Market.

The city is internationally famous for phenomenon known as Dabbawala (a person who carries a container). The term was given to the thousands of men responsible for transporting and delivering around 200,000 lunch boxes of freshly cooked food to the city's office workers every day. This unique concept was started to meet the needs of British rulers and carried on to service thousands of Mumbai businessmen.

For the ones who want to have an unforgettable glimpse into the inside of the city, it is a must to visit Mahalaxmi Dhobi Ghat. It is said to be the world's largest outdoor laundry with thousands of Dhobis (washer men) manually washing the laundry brought from all over the city. On the surface Mumbai represents the ever-changing face of today’s India and yet it is deeply steeped in Indian customs and values.

Mumbai's most recognized monument, the Gateway of India is a popular place to start exploring the city. It was designed to be the first thing that visitors see when approaching Mumbai by boat. The Gothic looking Prince of Wales Museum , the Bombay High Court and the buildings of Horniman Circle in the Fort area were built during the British reign. Kala Ghoda, meaning Black Horse is Mumbai's cultural centre with a large number of the city's heritage buildings, and is full of museums, art galleries and educational institutions.

Just behind the buzz and lights of Chowpatty beach is a historical precinct – the village of Khotachi Wadi with narrow winding lanes, centuries of old colourful Konkan-Portuguese style architecture and a Catholic chapel with stone benches.

In contrast to its millions of inhabitants and sprawling development, Mumbai has a national park housing many ancient Buddhist caves, hand carved into volcanic rock.

The City, That Nether Sleeps, has a little bit of everything to offer for a traveler. It is both a great commercial centre and a major cultural capital where tradition and trendiness meet together in the bustling city.