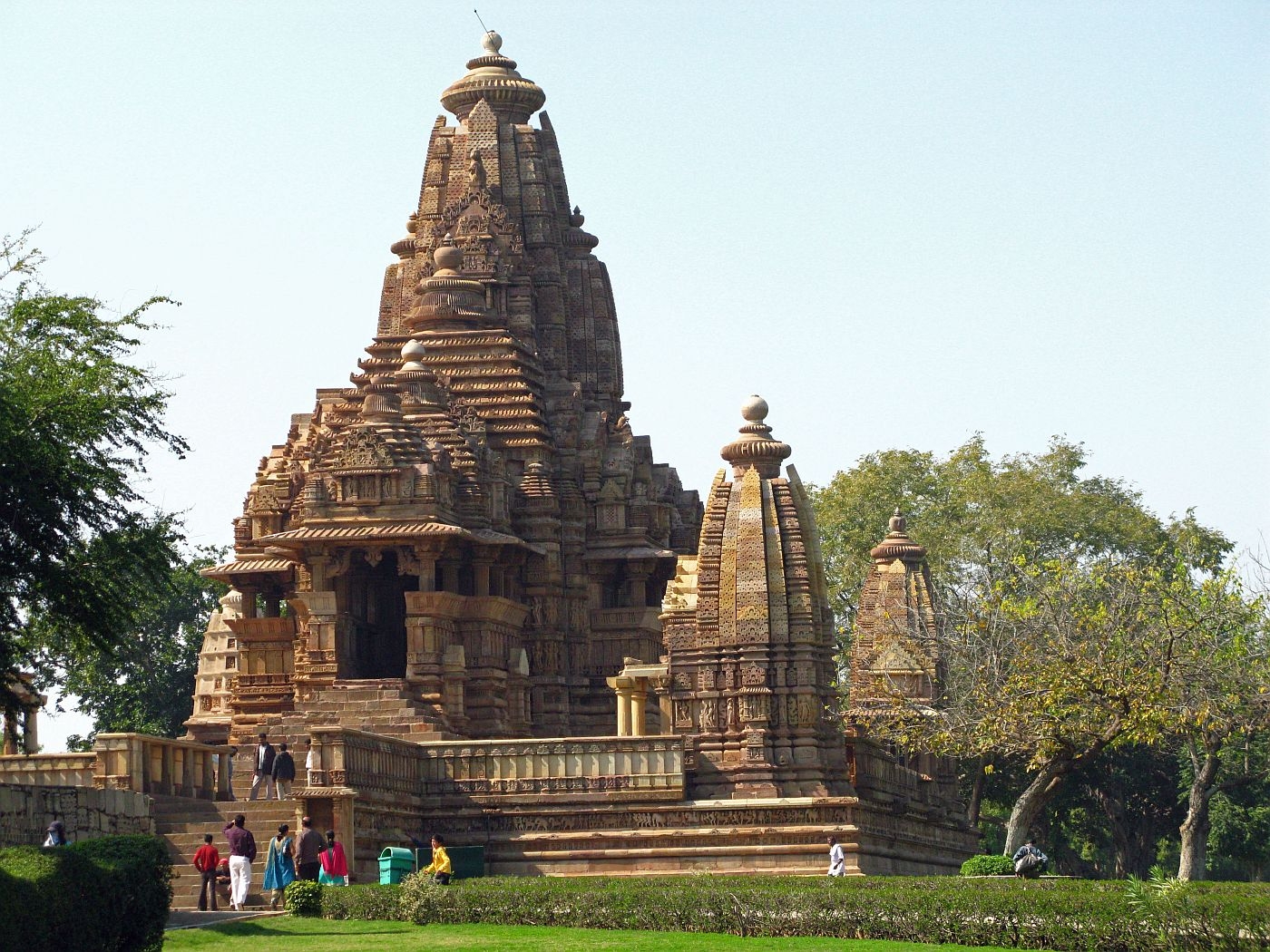 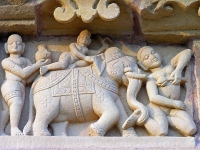 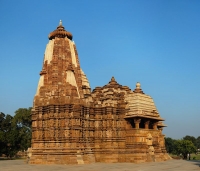 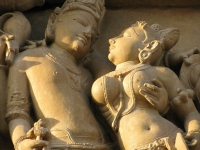 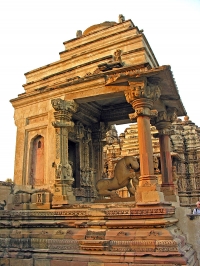 The temples are dedicated to two religions Hinduism and Jainism that suggests a long tradition of acceptance of varied religious beliefs in India. The temples were built in the 10 th and 11 th century, under the rule of Chandela dynasty. Originally there were 85 temples, however only about 20 temples have survived till today. The temples are spread over 20 square kilometers (7.72 sq mi). Local sandstone was used to build the temples. The columns and architraves were built with megaliths that weighed up to 20 tons, with no use of mortar and were held in place by gravity.

The largest and currently most famous surviving temple is Kandariya Mahadeva housing over 870 intricately carved statues. The temple was built in the reign of King Ganda from 1017-1029 CE. In the 13th century the Chandela kingdom was attacked by Delhi Sultanate and remained in the control of Muslim dynasties till the 19th century. The remoteness and isolation of Khajuraho protected the temples from destruction, however the vegetation and forest overgrew took over. Over the years the temples were secretly in use by yogis. In the mid 19th century the temples were rediscovered again by the global audience.

The name of the temples is derived from the ancient Sanskrit, meaning the date palm. There is another theory saying that the name means scorpion bearer which is symbolic name for deity Shiva. An ancient legend held that Shiva with other Hindu gods enjoyed visiting Khajuraho set midst local hills and rivers. Khajuraho is one of the four holy sites linked to deity Shiva.

The architecture of the temples is symbolic and reflects the central Hindu beliefs through its form, structure and arrangement of its parts. Almost all temples face sunrise and present the symbolic Hindu design of mandala principle of square and circles. The temples have a rich display of intricately carved statues. The art work at the temples depicts the daily life and symbolic values in ancient Indian culture. Many of the inscriptions on the temple walls are poems with double meanings. The images express central ideas of Hinduism. And even though Khajuraho temples are known worldwide for their erotic sculptures, the sexual themes cover less than 10% of the temple sculpture.

The temples are grouped into three geographical divisions: western, eastern and southern. The Western group alone has the facility of an Audio guided tour wherein the tourists are guided through the seven eight temples.
The Khajuraho temple complex offers a light and sound show held in the open lawns in the evenings. Every February the Khajuraho Dance Festival is held at the backdrop of the Chitragupta or Vishwanath Temples. The festival features various classical Indian dances and is widely visited by tourist from all over India and abroad.

Khajuraho itself is a small village with a population of about 20,000 people. It is served by Khajuraho Airport and is linked by Indian Railways.