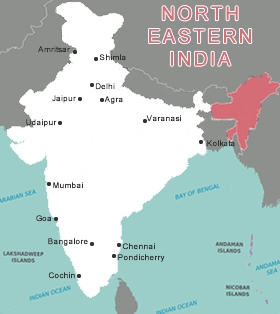 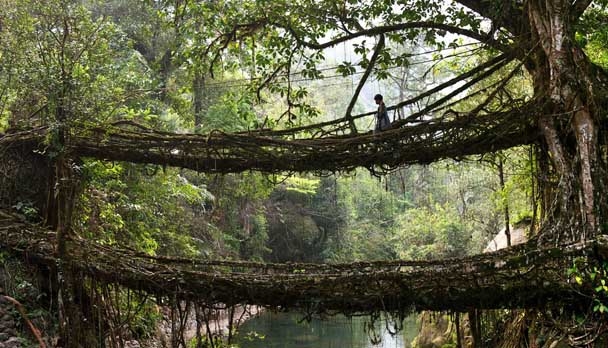 It is the eastern-most region of India, surrounded by China (South Tibet) in the north, Myanmar in the east, Bangladesh in the southwest, and Bhutan in the northwest. It is connected to the rest of the country via a narrow 20 km (13 mi) Siliguri corridor.

North-Eastern India is known for its picturesque hills and valleys, a number of National Parks and Wild Life Sanctuaries, a large variety of orchids, tea gardens, colourful festivals, glorious heritage of arts and crafts and rich tribal culture.

It is one of the most culturally diverse areas of the world and home to over 200 tribes.

There are two UNESCO World Heritage sites in the region: the Kaziranga National Park and Manas National Park.

Arunachal Pradesh is the most north-eastern state in the country. The state shares an international border with Bhutan in the west, Myanmar in the east and China (Tibet) in the north. The state’s name literally translate The Land of Rising Sun. Arunachal Pradesh is known for Buddhist monasteries, cultural festivals, bamboo bridges overhanging the river, religious places, natural parks and wildlife sanctuaries.

The state shares international border with Burma in the east as well as in the south. Permits are needed for traveling in the region.